After seeing Pale Waves perform at TRNSMT festival a few months ago we decided when we got home that night to book tickets for their upcoming tour. Seeing as Pale Waves are from Manchester we thought it would be cool to go to their homecoming show at O2 Ritz Manchester on Friday 28th September. We travelled down to Manchester on Thursday evening so we could stay two nights at the Holiday Inn Manchester City Centre. If you have seen my posts on social media then you will already know we had some issues at the gig.

We booked our ticket online like everyone else which was quick and easy. I then emailed the venue to book a free PA/carer ticket and inform the venue of my access requirements. They accept Access Cards, but if you don’t have one then you will be asked to complete an access booking form and provide proof of disability such as a copy of your DLA/PIP benefit award letter. Once you’ve completed this form and provided proof of disability you will then receive a reference number which you can then give each time you book a ticket for a show at any Academy Music Group venue.

Getting to O2 Ritz Manchester

We were staying at the lovely Holiday Inn Manchester city centre so getting to the O2 Ritz Manchester was very easy. The hotel is in a great location in Piccadilly with public transport links allowing easy access for getting around. As the venue was close by we decided to walk the 10 minutes from our hotel. It was a pretty easy and straightforward walk to and from the venue. Although we had the car we didn’t see the point in using it and it saved us having to drive around trying to find a parking space.

It was 3 years since we last came to this venue but it was nice to see the same friendly and smiley steward, Remi at the door. As soon as he saw us he asked if we were attending the show and asked us to wait at the side door. He immediately went inside the venue and met us at the door to let us in. Our ticket was checked and Allan’s name was ticked off the guest list.

Remi then explained he would be guiding us through the sold-out crowd. He stayed close to me while leading and moving people out the way to create a path for me to get through. Remi was great and constantly kept looking back to check I was ok and managing through the crowd. He even took some abuse from rude/selfish gig-goers who had a problem being asked to move slightly to let me through.

Remi got us to the front of the stage where we met John who is in charge of the access area. Remi and John discussed the poor set up for tonight’s show. Usually what happens and what happened the last time we were at this venue is that wheelchair users can sit at the side of the stage next to the accessible toilets.

This area provides a bit more space for moving around, but that wasn’t the case tonight. The band’s PA system/speakers were placed at the side of the stage blocking off the view completely for disabled fans. Realising I wasn’t going to see the band, Remi and Allan went to the other side of the stage to see what the view would be like from there. Unfortunately, it was the same poor view. We would also be too far from the accessible toilet if I needed to use it during the show.

We had no other option but to sit where we were with only a slither of a stage view. For all I knew anyone could have been on that stage as I didn’t see any of the band other than Heather the singer from time to time and a little bit of the guitarist.

John the steward was very understanding and did his best to help me get a better view. He called the venue manager, PA tech and a few other people to show them the awful setup and non-existent view. The venue manager took photos as well. John and the PA tech even moved the speakers back a little bit, which allowed me to see a tiny bit more but not much. They even asked a few people in the crowd to move a little to try to improve the view.

Allan and I spent most of the night discussing the situation with the steward and a woman in the crowd (a fellow Scot) who got involved as she thought the whole situation was awful. We weren’t able to relax, enjoy ourselves or even focus on the gig the entire night.

We drove 4.5 hours from Scotland to Manchester for that show which we were really looking forward to. In the end, we were left disappointed and wondering why we even bothered.

After the gig ended we waited to speak with one of the venue managers, Chris. What we got from the chat with the venue manager was an apology and an offer for tickets to another gig of our choice. Allan and I could have just left the venue feeling upset and disappointed by what happened, but we wanted to speak to the venue manager to make them aware of the situation and how it affected our night. I would hate for other disabled gig-goers to attend a show at this venue and face the same barriers. Barriers that are easily avoidable with better communication between the production crew and venue.

The venue manager also explained that the band/tour manager/crew had a meeting with the venue before the show. This meeting involves them discussing what the show will entail, where access customers would be seated, set-up etc. So why was the restricted view not identified then?

I can’t help but think that despite knowing our view would be extremely restricted to near non-existent, they still went ahead with the PA system set-up. This is disrespectful and feels like a blatant disregard for the band’s disabled fans and the venues disabled customers.

Once we got back to our hotel, still feeling let down I tweeted the band and venue. The photo below is the tweet I sent. What I found ironic is that Heather and Ciara from the band had their photo taken holding a sign with the words #MusicWithoutBarriers from the Attitude is Everything campaign.

I didn’t get any reply from the band or venue on Twitter. However, Allan messaged the band members and tour manager on Instagram. Heather then replied to me personally apologising for what happened at their show and offered tickets to another show. She explained that if she had known she would have done something to sort it in a heartbeat. She also explained that it broke her heart knowing we had a bad experience at their show and that she absolutely supports Attitude is Everything #MusicWithoutBarriers campaign. Heather goes on to say that what the venue told me is not the case and that she will make sure nothing like that happens again.

I appreciate Heather getting back to me and apologising, but it’s still not clear what actually happened. The venue blames the band/crew and vice-versa. The good thing is both sides are completely aware of the situation now and will hopefully not make the same mistake again. Disabled music fans pay for their tickets and deserve to enjoy the show like everyone else.

As I mentioned earlier, this is my second time at O2 Ritz Manchester. The first time we went to see the amazing Gavin DeGraw. You can read my thoughts on accessibility and where we were seated for that gig compared to this one here.

Have you been to O2 Ritz Manchester before? 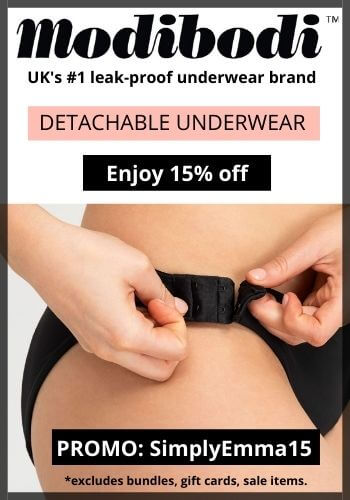 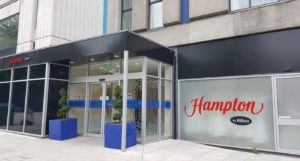 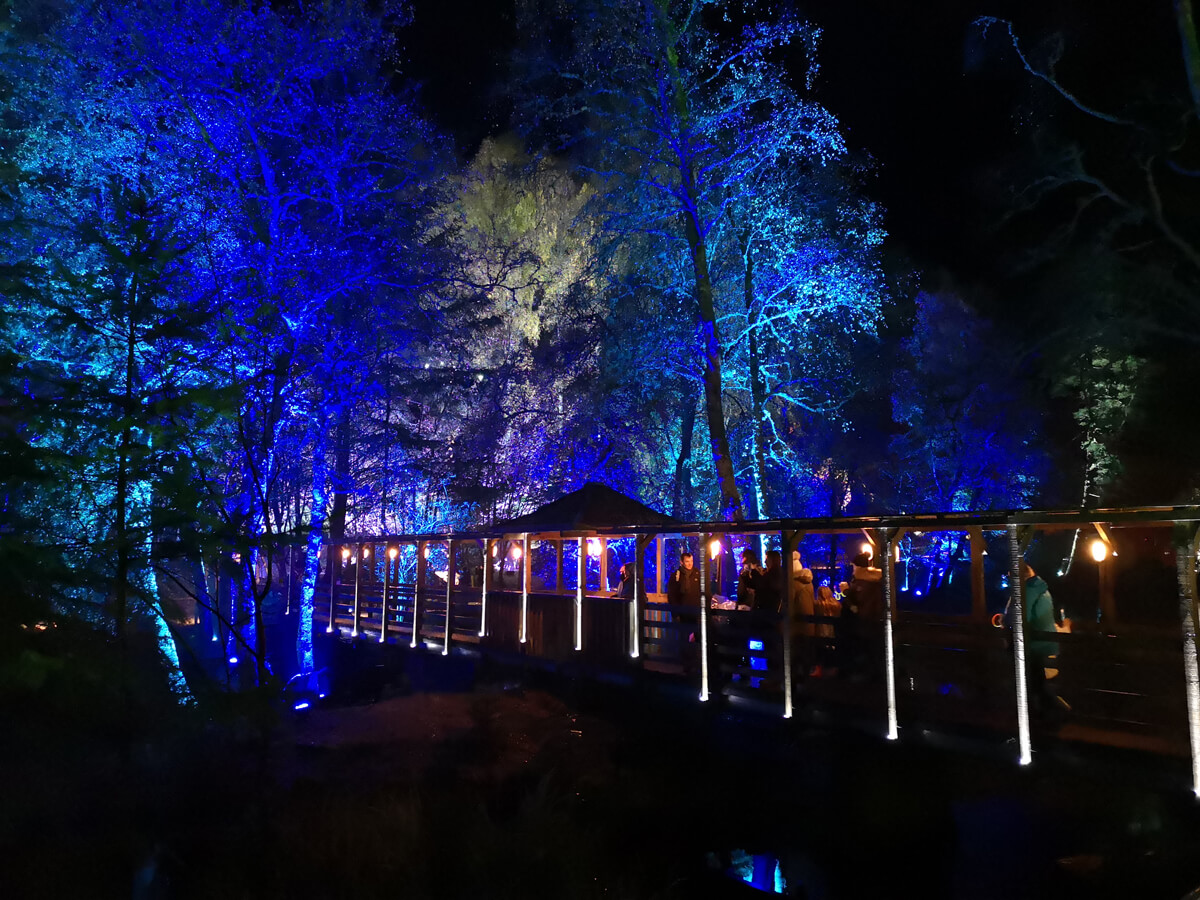 The Enchanted Forest 2018 | A Magical Show And Wheelchair Accessibility Review 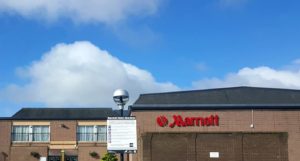 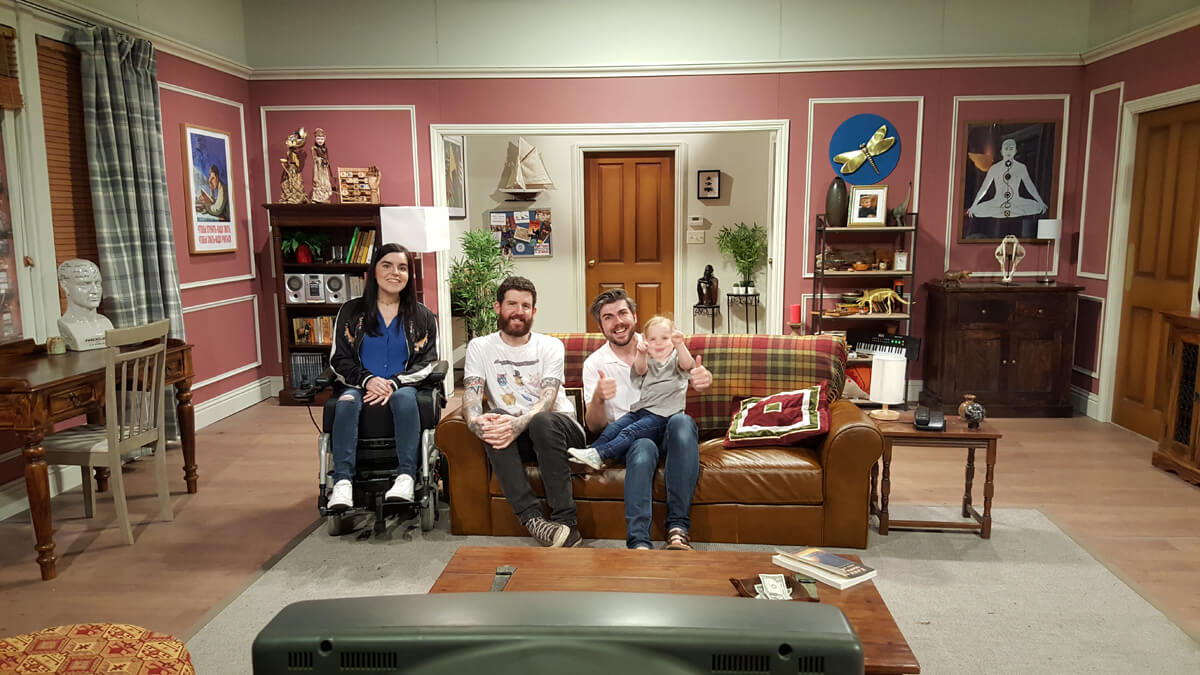 The One Where We Visit FriendsFest Glasgow